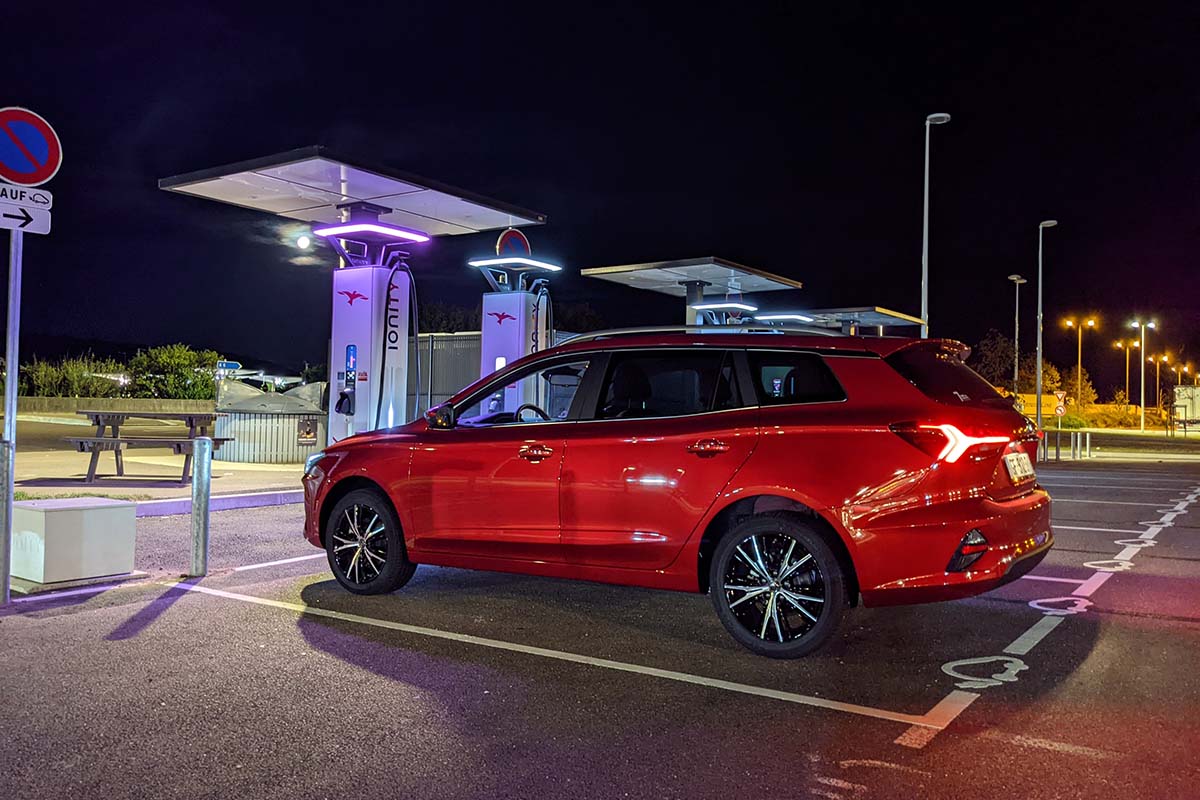 The MG 5 Extended Autonomy is meant to be versatile. It is still necessary for him to be able to walk the path calmly. This is the subject of this probe portion of the Supertest.

The super test, what is it? This is a new test format on Automobile-Propre.com, following the first impressions gathered during the first handling. This is a deepening worthy of the greatest cavers, carried out over much longer distances and always following the same route, following a very precise protocol to be repeated with each novelty. Having started this exercise with plug-in hybrids, we are now also applying an evolution dedicated to electric vehicles. The goal? Find out comprehensive information in the long-term test under real conditions!

Feel free to suggest other questions in the comments for this new section!

The MG 5 has already passed our various test benches and shows a relative sobriety. With its 57 kWh battery, the Break promises a mixed autonomy of 358 km on our typical loop and 255 km of autonomy on a long trip solely on the highway. That’s true and is within the good average of the segment. Nevertheless, it has a maximum charging power of 87 kW on fast devices, which is well below the competition. What clouds its versatility?

With such charging power, the MG 5 promises a full charge from 0 to 80% in 40 minutes with an advertised peak power of 87 kW. A performance that is easily exceeded as we recorded a maximum of 90 kW during our loading and cornering test. This puts it on the same level as the MG ZS EV, which did not reach the specified value of 92 kW.

From the start of charging, the power increases to its maximum and forms a slightly rising plateau up to 40% charge when a first step can be felt. The curve gradually drops to 80% load, where the power is 52 kW. In absolute terms, but also in relative terms, it’s pretty much right, representing just under 42.2% less than the advertised maximum power. For comparison: a Renault Megane e-Tech has a reduction of 68.7%!

The curve is then less radiant because the power falls off quickly, reaching 21 kW at 90% and 7 kW at 95%. You still have to wait 11 minutes to reach 90% and the full tank to 100% will be done in 1h13. But again, it’s better than what we’ve observed on the MG ZS EV. Also note that the break represented capricious compatibility with Efacec terminals on the Allego network, but to a lesser extent compared to the ZS. With other operators, however, no problem, not even with a Tesla Supercharger!

On an exclusively long motorway trip, we have found a total autonomy of 255 km, or 178 km of “useful” autonomy with a 10-80% tank filling, as is always recommended. But it’s the autonomy regained by the loading time that interests drivers the most. So here is a table showing these values ​​in 15 minute increments from a 10% SoC. A simple usual stop at the train station while taking the time to have a coffee saves almost 90 km of autonomy.

How much do MG 5 refills cost?

Apart from Total Énergie and some other less present operators, the per-minute billing on the motorways is no longer relevant. Ionity recently changed its tune and simplified the calculations, although that doesn’t always prove to be the most attractive solution. Either, we’ll deal with it. In our various tests, the MG 5 consumed an average of 43.2 kWh according to the display of the end devices between 10 and 80%. With Ionity, the utility value is €29.81 (€0.69/kWh). At Fastned, the grade drops to 25.49 euros, at Electra it costs 19.01 euros.

On this typical trip, we made three top-ups for a total of €47.1 excluding operator fees. At the Darvault service area (430 km away), where we last charged, it costs €10.95/100 km. Depending on the chosen solution to find the starting SoC, this would bring the total cost price between 11€/100km (home charging) or 13.30€/100km (e.g. Electra store). Remember that AC charging is made easier with a power output of 11 kW as standard. 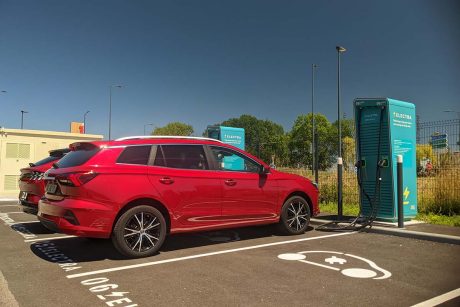 The latest addition to the range, the MG 5, does not yet offer a route planner. This is really the only real mistake as drivers have to do careful calculations and trust their estimates before starting. Otherwise use applications like ABRP or Chargemap, both of which showed the same predictions. For this 500 km journey, the two systems provided three different stations for a total of 1h10 charging time.

We had several solutions available on our side. The first was to follow one application or another by planning our usual stops (Fastned station in Saint-Ambreuil, Ionity stations in Maison-Dieu and Darvault). We also envisioned a bolder roadmap that would have allowed us to reach the Lochères area with a full tank, with nearly 3% battery remaining on arrival. Ambitious, because what seems to us only saves 5 minutes of cooldown in total.

also read
ABRP and OBD2 box: the ideal solution for your long journeys in an electric car?

We finally decided to make three stops and push the first to the Electra station in Beaune. A more recent interim solution that makes traveling the other direction much easier. We’ve added a total of 55 minutes of charging time to the usual 4h20 drive. With our flat rate of 4 minutes per stop (evolution time and start/loading stop), the total time for this 500 km journey was exactly 5h27. After all, that’s to be expected from a compact electric estate car with a battery under 60 kWh and this is where it gets more interesting, faster than an MG ZS EV.

What is the supertest?

Lovers of numbers and allergic to official data sheets, the Supertest, the new Automobile-Propre test format, is made for you and brings together data collected during a test in real conditions and according to a transparent and precise protocol. We will add them to our summary article on Wednesday after the release of the second part dedicated to the MG 5 allows comparing the noted values ​​of the tested models, which make up the total value of the heading.

If you want to go further, don’t hesitate to consult our tests and engage with the community on our discussion forum.

MEPs vote to increase EDF's electricity tariffs for its competitors

Europe: Should a total ban on cryptocurrencies be considered?