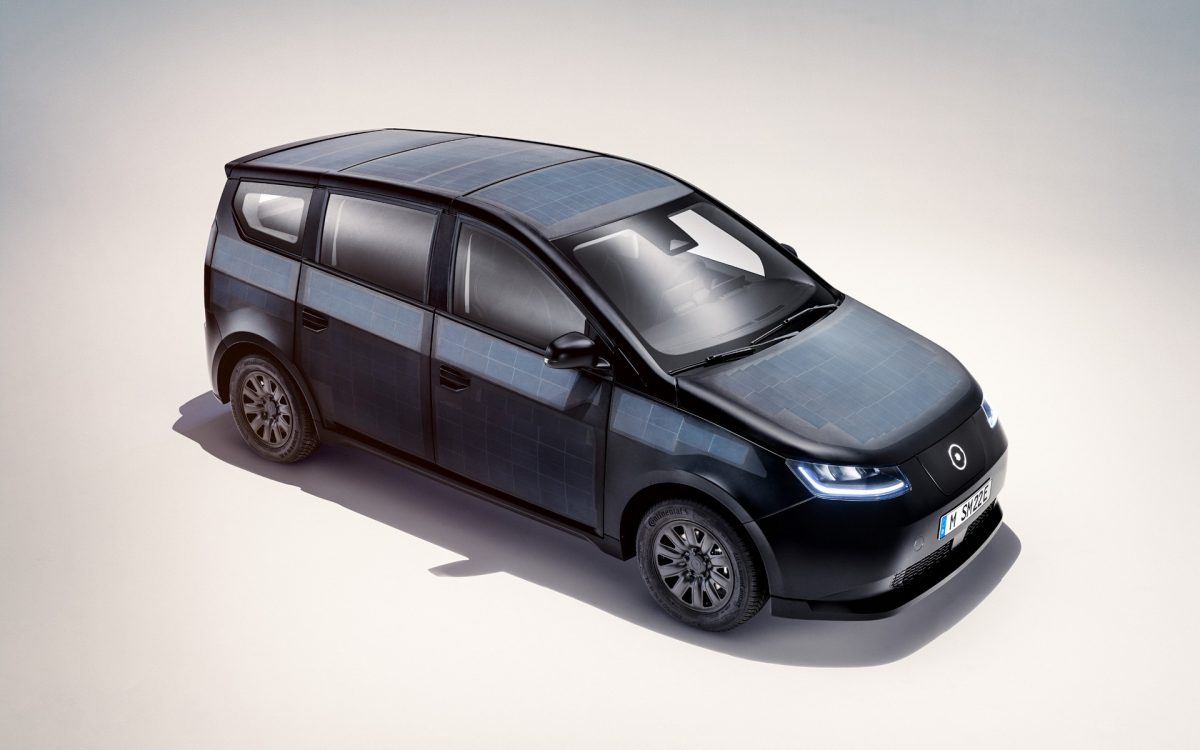 Sono Motors finally presents the final version of the Sion. Lined with solar panels, this electric car will go into production.

5 years. That’s how long it took Sono Motors to develop the Sion, an electric and solar car. The first prototype of the compact minivan was actually born in July 2017.

The following year, this project, initiated in 2016, was fleshed out with the first pre-orders. The business model for developing Sion was crowdfunding and those pre-orders were crucial.

At the beginning of last year, the start-up presented a pre-production prototype that is closer to the final version. But it took a lot of fundraising and partners coming to develop the latest iteration.

This definitive model keeps the lines of the latest prototype, in particular the rims chosen by the public. The optics are presented in a new design, as is the radiator grille. This is where the loading flap is located.

The same autonomy thanks to photovoltaic cells

The design is a little more fluid, and the rear has evolved significantly. The interior has received some updates but maintains the organic look Sono Motors is looking for. The body of the Sion still offers just as many solar panels.

They can be found on the doors, fenders, hood, trunk and roof of the electric vehicle. The vehicle carries a total of 456 photovoltaic half-cells. Sono Motors’ goal is to increase the range of the Sion by an average of 112 kilometers per week.

The 54 kWh battery already offers a range of 305 km in the WLTP cycle, extending the range could reach 245 km per week. On the other hand, thanks to the CCS socket, charging takes place with 75 kW in direct current or with 11 kW in slow charging.

Sono Motors is currently producing the copies that will be used to homologate the car, particularly for crash testing. After all validations, the vehicle will normally go into production in the second half of 2023.

Sono Motors has received 19,000 reservations for the Sion, which corresponds to a deposit of 2,225 euros. The final price of the Sion should be around 25,000 euros. Overall, Sono wants to produce 257,000 Sions in seven years.