The first building without heating, air conditioning and forced ventilation was built in Austria / Illustration: RE.

In 2013, the Austrian architect Dietmar Eberle built a building in his country with no heating, no air conditioning and no mechanical ventilation. However, residents live there comfortably as the indoor temperature fluctuates between 22 and 26 degrees throughout the year. Since then, an identical building has been erected in Switzerland. In France, the city of Lyon is developing a similar project in the Confluence district along the Rhône. This will be the first construction of this kind in France.

The idea of ​​building a building that uses no energy for heating, air conditioning and ventilation may seem unusual, even utopian. However, Dietmar Eberle believed it. This architect devoted several decades of research to his project, but the results are conclusive.

Even without heating and air conditioning and thanks to the building materials and the insulation used from organic farming, the building he designed Lustenau in Austria to set up its headquarters there, is able to maintain a comfortable indoor temperature of between 22 and 26 °C all year round. Whether it’s 30 or -10 degrees outside. Hence the name of his concept, baptized ” 2226 “.

With his architectural office baumschlager eberle » this visionary wants to design buildings simple, ecological and sustainable. ” Although current buildings require less and less energy to provide their occupants with the expected comfort, an increasing part of the budget is spent on technical equipment such as heating and air conditioning. The costs for their upkeep and maintenance are also increasing. “, he notices. It’s a kind of planned obsolescence, explains Dietmar Eberle. because if the structure of the building has a service life of at least 80 years, its equipment will be outdated after less than 20 years “.

In order to maintain a comfortable temperature in all rooms without technical aids, the building has a large thermal inertia. The outer walls, masonry with terracotta blocks, are 80 cm thick. The necessary heat gains are mainly provided by the residents, the office technology and the solar gains through the bay windows.

also read
Low tech to increase the resilience of our buildings

Soon a similar building in Lyon

After the success of the Austrian project, a second building 2226 was born in Emmen, Switzerland, in 2018. In the meantime, the idea has spread worldwide and the concept has also been applied to residential construction, with a building consisting of apartments without heating and air conditioning being erected in Austria. 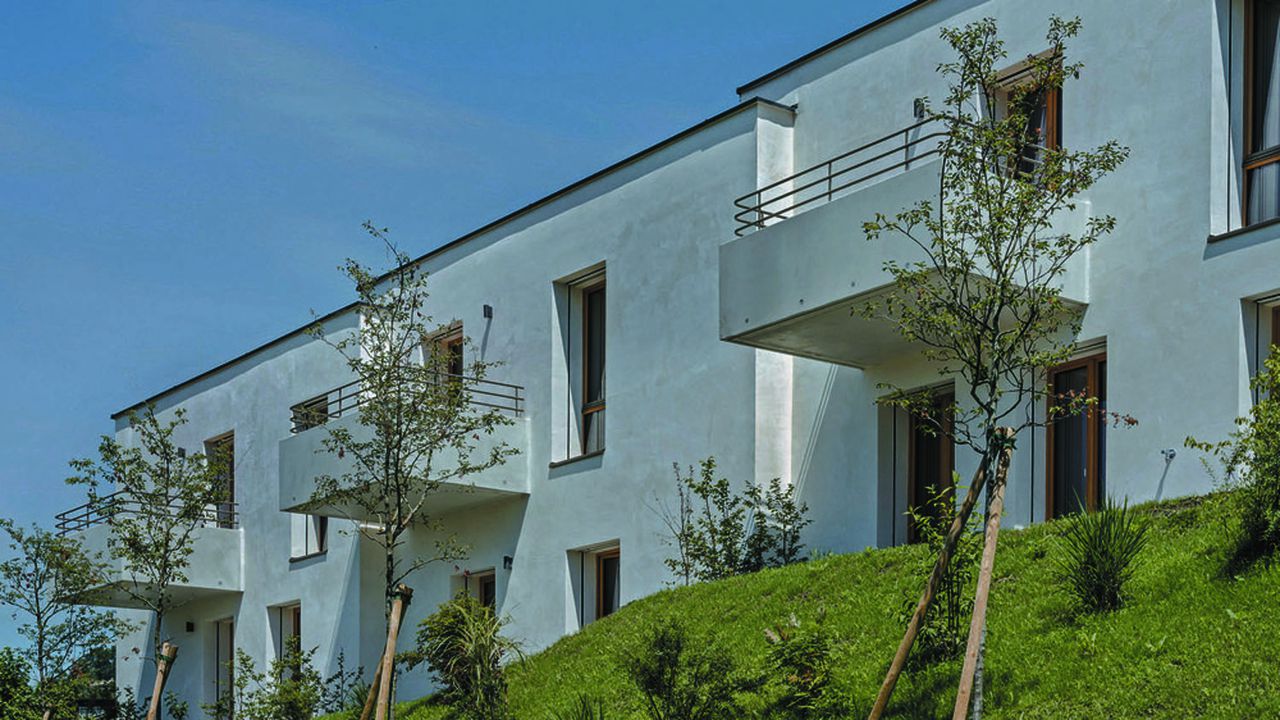 The first building of this type in France, also designed by Dietmar Eberle, will soon be built in Lyon in the Confluence district and will also be residential. Its production was entrusted to the Nexity group, which decided to name it Significant.

Like its predecessors, the building will adopt a simple form and use “natural” materials that can regulate temperature. The walls will also have a thickness of about 80 cm, giving the construction a strong thermal inertia, capable of storing heat or cold and releasing it when needed.

However, the building will not be free of technology. A system controlled by sophisticated software balances the temperature and fresh air supply throughout the building. In particular, it automatically controls the opening of certain windows.

According to our information, the site will be launched in 2023 and completed in 2025.

also read
“Human power plants”: a not so far-fetched idea…

Meals on board: A foreign passenger defends Air Algérie

That's how much a fan that runs all night in summer costs and consumes!