Air Algérie, which has long been praised for the meals served on board its flights, has been heavily criticized on the issue in recent weeks.

The fire at the catering center at Houari Boumediene Airport forced the national airline to review its services on flights departing from Algiers as it was unable to produce due to property damage caused by the flames.

Air Algérie: Quality of catering on board criticized

But Air Algérie, which announced that it would limit its offer to “sandwiches and snacks”, has been regularly criticized. Photos of cookies and juice as a meal have gone viral. 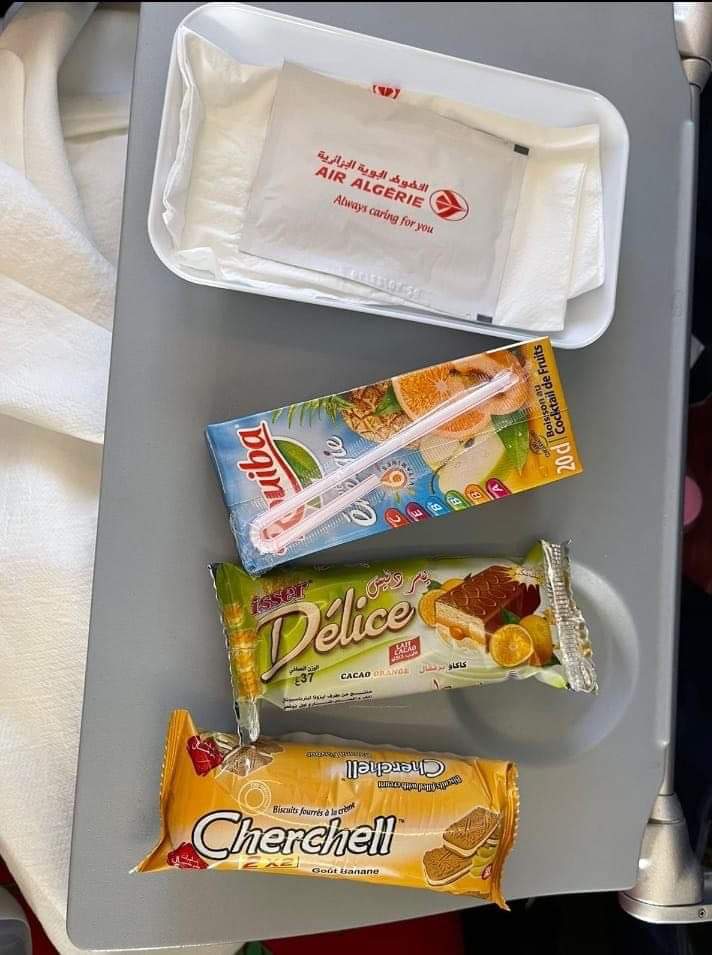 The question has been the subject of debates on social networks. Internet users are divided between those who seem to understand the extraordinary context of the fire at Air Algérie’s catering center and those who are adamant.

This Saturday, an internet user invited herself to the debate and gave her opinion on the controversy surrounding in-flight catering in Algeria.

Dining at Air Algérie: A Mauritian netizen surprised by the critics

Originally from Mauritius – a destination not served by Air Algérie – the netizen claims to have recently traveled between Paris and Algiers aboard Air France.

She says she doesn’t understand the reasons for this controversy over the meals served by Air Algérie. She sees this as “ruthlessness” towards the Algerian airline.

“On the contrary, I think that’s very generous on their part for a two-hour flight, and it reminds me of Algerian generosity to do a set like this,” she says.

“Coming from Mauritius, which has a 12-hour flight, we are served the same type of tray as Air Algérie, which is only 2 hours from here,” she explains. The netizen shared the photo of the meal on board the Paris-Algiers flight with Air France.

“Let me therefore say this about my Paris-Algiers flight with Air France, costing more than €900, not to criticize Air France or Air Algérie, but quite simply to understand why this relentlessness” , she writes. 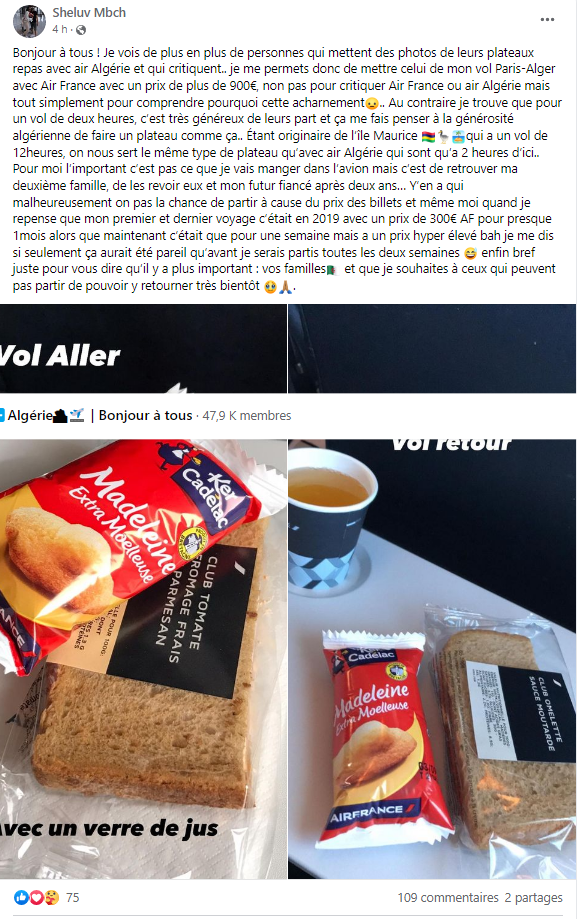 In the photo, biscuits and tea as a menu on the return journey of the Paris – Algiers flight with Air France.

“What matters to me is not what I eat on the plane, but finding my second family, seeing them again,” she concludes.

This modern building has no heating, air conditioning or mechanical ventilation